1921  Bachelor in Science, University of Wyoming

1924  Master in Science, University of Colorado

1960  Recipient of the Second Order Medal of the Sacred Treasure, from the emperor of Japan for improvement of

1980  Established the Deming Medal in the United States. Dr. Deming was the first recipient of this award.

The Union of Japanese Scientists and Engineers (JUSE)  during the year of 1950 invited Dr. Deming to teach 600 engineers about management they need to get a high quality production.

The new ideas are based in finding the consumer needs. This is a systematic approach of doing things, supplier and costumer belonging to the same system.

After the WWII, America was in demand with its goods mostly because the American industry was not destroyed by war. Actually an American engineer told me that, immediately after the WWII in Bridgeport, a known industrialized city in Connecticut, if someone lost his job in the morning, he could easily find another job by afternoon. Later, things changed. Beginning 1975, the balance of trade in industry and agriculture has been declined.  In the past, the natural resources, fertile soil, rich minerals have led to American prosperity.

I find that Dr. Deming defined well the colony concept which is “a nation that sells off materials and buys back manufactured goods”. Part of the American economic success is based on the geographical location and part is based on the hard work and individual efforts. Dr. Deming doesn’t believe just in geographical luck. In order to continue with an American prosperous way, there is a need of cooperation. The individual must be rebuilt in a cooperative society with a win/win approach. Deming gives an interesting example with the cat reflex action. When it touches a hot stove, it reacts. He explained his management model by attending many conferences across of the USA as well as at television shows. At one of the conferences, during a coffee break someone of the conference attendees is commenting about their own actions regarding the quality control. He says: “We have a new incentive pay program, an employee of the month in each plant and a new automatic inspection system that can check on every single defect. Besides these things there is the Total Quality Management (TQM) to be implemented.” These are taking place after they used the Management by Objectives (MBO). What’s to be noticed is the fact that to the end of conversation, the coffee talker expresses: we are still waiting for the results. After coffee Dr. Deming made it very clearly: “Someone cannot achieve quality without knowledge. Best efforts must be guided by a proper theory.”

Automation and machinery are the answers to an improved quality system, but they need to work properly. Another approach to increase quality is with a quick fix, just in time (JIT). When there is a low inventory to work with, just in time is good. There is a problem with defective items which have to be eliminated.  For cost cutting, managers have to not only chase dimes and nickels, but also to understand how the big losses happen and eliminate them. In order to do so there is a need of understanding Profound Knowledge and optimize the management process. It may happen a suboptimization of people and technology where a part of a productive system is optimize and other parts get worse. So there is a need of proper knowledge to optimize the entire productive process.

Managing by results is managing based on numbers from past which don’t predict much for future.  Using “Control charts” is a better chance to predict future. Dr. Deming says that putting the quality in the hands of the plant managers is wrong because these managers didn’t design the product, didn’t pick the suppliers, the price and the marketing. It’s better to study the forces of destruction in any organization such as grades in school, merit system – judge people, incentive pay, MBO management, quotas for production, business plans with reports on monthly or quarterly targets.

Working in school just for grades, it diminishes students’ motivation. It’s the same thing in a company. When we grade people, they lose interest for production.

According to Deming, the Western management put us into a prison. One of the slogans in the “prison compound” is “Hard work will get us quality.” The “prison” assumptions are according to the Taylor’s laws of scientific management (circa 1890). To escape from this “prison,” it requires a new approach, a system of Profound Knowledge.

The Profound Knowledge consists of appreciation of a system, theory of knowledge, theory of variation, and understanding of psychology.

A system is a series of activities or functions that work together to maintain the organization.

The components of the system are interconnected. These components need communication and cooperation in order to contribute to the aim of the organization. The role of the management is to optimize the system in such a way to optimize all departments. If some departments are suboptimized, the overall cost of the production can be higher. In 1950 Japanese management exposed to the employees a very helpful flowchart with all components of manufacturing and marketing as a system. A suboptimized firm passes products, services, and information over the wall. In order to understand how a system properly works, the employees need to understand the theory and practice of variation. A stable system works in specific limits and inside of limits there is some uncertainty. Specific action has to be taken when a system mistake happens because of a special cause. It has to be applied a Shewhart chart.

A theory is a collection of principles, theorems, and laws that models phenomena in reality. One of the main goals of having a theory is to predict things and their behavior in the future. For example, there is in mechanics “The Newton’s Laws of Motion”, a theory that predicts in time the body position and velocity when we know initial data. Similarly, when you know the proper managerial theory, you can answer questions. Regarding data, we need to measure values corresponding to the products and these values depend on the methods used. The psychology relates to the intrinsic motivation, extrinsic motivation and over-justification which can destroy intrinsic motivation.

Rules for a good management. Obligations.

1. A company has to have a constancy of purpose. There is a mission to be fulfilled. There are values how to fulfill it by providing the joy of work, achieving personal goals, treating each other with trust and respect, contributing to society, etc.

2. Adopt a new philosophy such as improving productivity p = output/input.

3. Cease dependence on mass inspection. Because of the cost of inspection, a company has to inspect the process, not the product. The data from inspection can get information on the process and this information can be used to improve on a continuous basis.

4. End the practice of awarding business on the basis of tag alone. Instead reduce cost by reducing variation. This means that to buy things to lower the total cost, not just the price tag. In the world of purchasing, there are three factors such as customer, supplier, and decision. You have to optimize product price, service, and working with more suppliers until final decision. Variation can be reduced through a long term relationship. It’s better to apply a single supplier policy.

5. Continual improvement. This consists in innovation of product and services, innovation of process, improvement of existing products, services and existing processes. Self-esteem is one of the reasons of innovation. A good example of Shewhart cycle for learning and improvement is with Toyota experience. Their first car that entered the American car market didn’t sell. Then they studied the success of the Volkswagon Beetle and returned with a better car, Corolla. They tested the product in service.

6. Training for a skill. The learning process can be through written words, to hear the content to be learned, by demonstration, by figuring out proper pictures. Every leader must be a trainer. A leader must know who really needs training. Once someone learns a thing, by being trained with the new knowledge, then he can be transferred to another kind of job. This is a very important aspect of learning, transferability, which if it’s used properly, it can lead to a lower cost of training.

7. Leadership. In order to be a good leader, someone must understand and apply the operational definitions and training to the workers. These operational definitions have to be learned through trial and error. It is good to demonstrate it by posting conforming and nonconforming items. In a management process, doing your best is not good enough.  There is a need of proper knowledge, understanding variation, system theory, psychology.

Anxiety is an unpleasant state of inner turmoil, often accompanied by nervous behavior, such as pacing back and forth, somatic complaints and rumination. It is the subjectively unpleasant feelings of dread over something unlikely to happen, such as the feeling of imminent death. Anxiety is not the same as fear, which is felt about something realistically intimidating or dangerous and is an appropriate response to a perceived threat; (wikipedia).

A manager has to be led by proper decisions. In analyzing a situation, his first step should be to discover by observation and/or calculation if that category is or is not out of control. It is not a proper way to immediately blame the worker. Considering a good system analysis, it’s going to reduce many complaints.

9. Break down barriers between staff areas. Breaking down barriers refers to barriers between companies working for the same corporation. It can also be regarding competition in the same company and department. Dr Deming suggestion is that people work together. People need to be free from fear of taking action.  A new way of management is cooperation between departments. The cross functional teams are more productive than the separate teams. A theory of cooperation needs an unified language of understanding, common goals and more standards. A good example of international standards is the SI metric system (Le Système International d’unités), established in 1857 at Sèvres, France. In order to trade a good between countries that use the SI, there is no need of quantities conversion. For imported good from SI countries to the USA, there is a need to convert from SI (consecrated as French writing) in English (tolerate) system, from meters to yards, even the USA officially adopted the SI, but the tolerate system is pretty much in use.

Epilogue. In order to improve your organization you have to know the state of your organization, determine a balance between authority and democracy, identify resources, and establish a critical mass of managers. 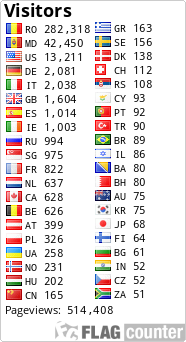